Why isn’t Cortana Available on my Windows 10 PC?

Let us start this off by asking the question “What are Intelligent Personal Assistants?” or IPA’s. An IPA is software that takes User inputs in spoken languages to accomplish tasks using online services such as location, and location specific services such as restaurants, transport and prediction of weather. You can use voice inputs to get tasks ranging from setting a morning alarm to getting alternative routes to work on your device, from sending a text message to a friend to finding a popular restaurant which is close to your location. An IPA can be used over several devices such as Smartphones, Tablets, PC’s and such. Basically, it runs on any device with computing power.
There are a host of IPA’s available now after Apple’s Siri IPA made the concept popular, followed shortly by Google Now and Amazon’s Alexa.

Read : How to upgrade to windows 10

Siri was the first IPA to be used on a worldwide scale through its iOS launch. Since then Google Now has been used popularly on android phones in quite the same way. And now it is Microsoft’s turn at an IPA version called Cortana. Cortana is a replacement and a huge upgrade over Microsoft’s Bing Mobile.

Read : How To Install A Printer In Windows 10
Cortana is Microsoft’s own IPA developed for many of its products including Windows 10, Windows 10 Mobile, Windows phone 8.1, X-Box and also surprisingly for iOS and Android.  Cortana is able to accept the user’s voice input and execute tasks accordingly. The tasks include setting alarms, sending text messages and finding directions and eating establishments close by. And anything else that can be accomplished by using the device’s inbuilt computing power and coordination with online services. Cortana uses the Bing search engine for accessing information via the web. 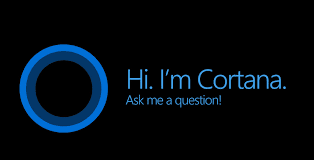 Cortana can also zero in on the user’s personal interests by keeping track of important dates, browsing history and location history. If combined with the Microsoft’s Band it will give personal health information. It can integrate all this information to set reminders, send updates on eating places etc to make everyday tasks and choices easier.why you are not able to use Cortana on your Windows 10 PC?  Have a look of CORTANA
Read : FIX CONNECTIONS TO BLUETOOTH AUDIO

Why isn’t Cortana Available on my Windows 10 PC?

Now this is the question that everybody has been asking so far. The answer is yes it is! If used correctly. Let me tell you why and how. Cortana has been released with specific versions for different parts of the globe. For example it has been released in English for the US, UK, Canada, India, and Australia with different versions of English for each country. And it is released in Germany with a German language interface, in Japan with a standard Japanese Language Interface.
Note: If you change your region, you might not be able to shop at the Store, or use things you’ve purchased, like memberships and subscriptions, games, movies, TV, and music. Update: If your settings are correct but you still can’t use Cortana, installing the latest Windows Updates might fix the problem.

Cortana will only work and respond if you choose the language that is assigned as the default language for that region. Also some regions still don’t have Cortana released yet. For example if you are an Indian in the US, you can’t set your location as the US and select Indian English as the User Interface language. In this case Cortana will simply not work!


Read : Why isn’t Cortana Available on my PC?

So what you are most probably doing wrong, is selecting a combination of location and User Interface Language that does not match. All you have to do is match the location with the right language and boom! Cortana at your service!
How to Enable Cortana Irrespective of your Global Location in a Windows 10 PC?
First, go to Settings in the Start Menu and Click on the “Time and Language icon” and select “Region and Language” Category. 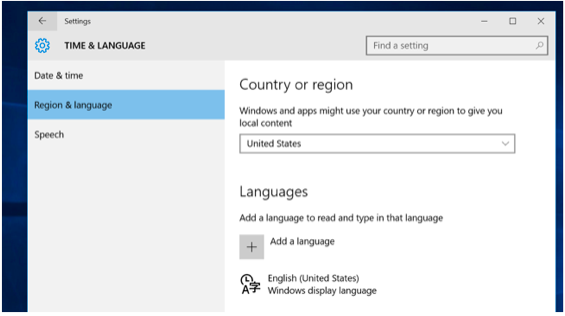 Next select a region that is supported by Cortana. For Example Select US, for Region and US English for Language. You can apply the same logic to other countries with their Languages such as UK, India, Germany and France.
Next open the Cortana app, and you are ready to use it!
Read : GET HELP IN WINDOWS 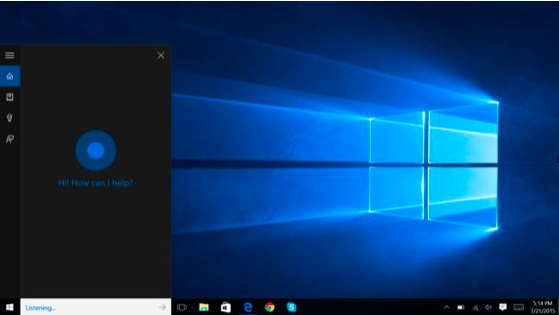 One undesirable result of employing this method to access Cortana is, if your location does not match the one you have set up in Windows 10, all online services such as available apps will be from the region you have already selected in Settings.

You can always make a change to your actual location to access native apps and change back when you need to use Cortana! Have fun with your latest online flame!
IMPORTANT : Note that changing your region and language of your Windows 10 PC to United States and English may get Cortana to work but it might be hard for Cortana to understand your pronunciation and work smoothly as you do not belong to that particular region and do not speak the particular language.

This site uses Akismet to reduce spam. Learn how your comment data is processed.